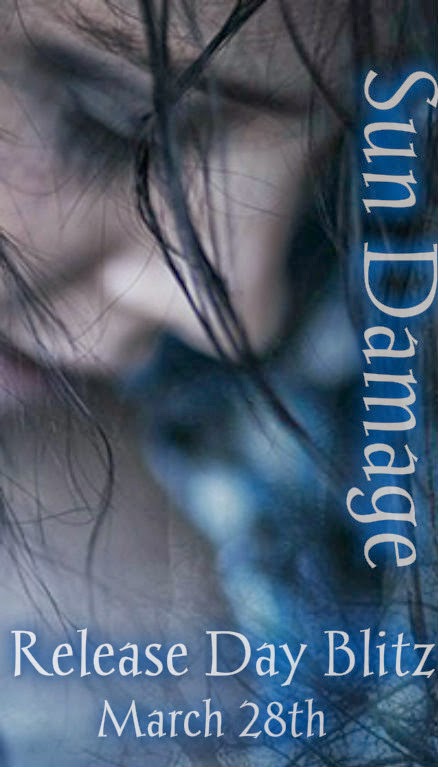 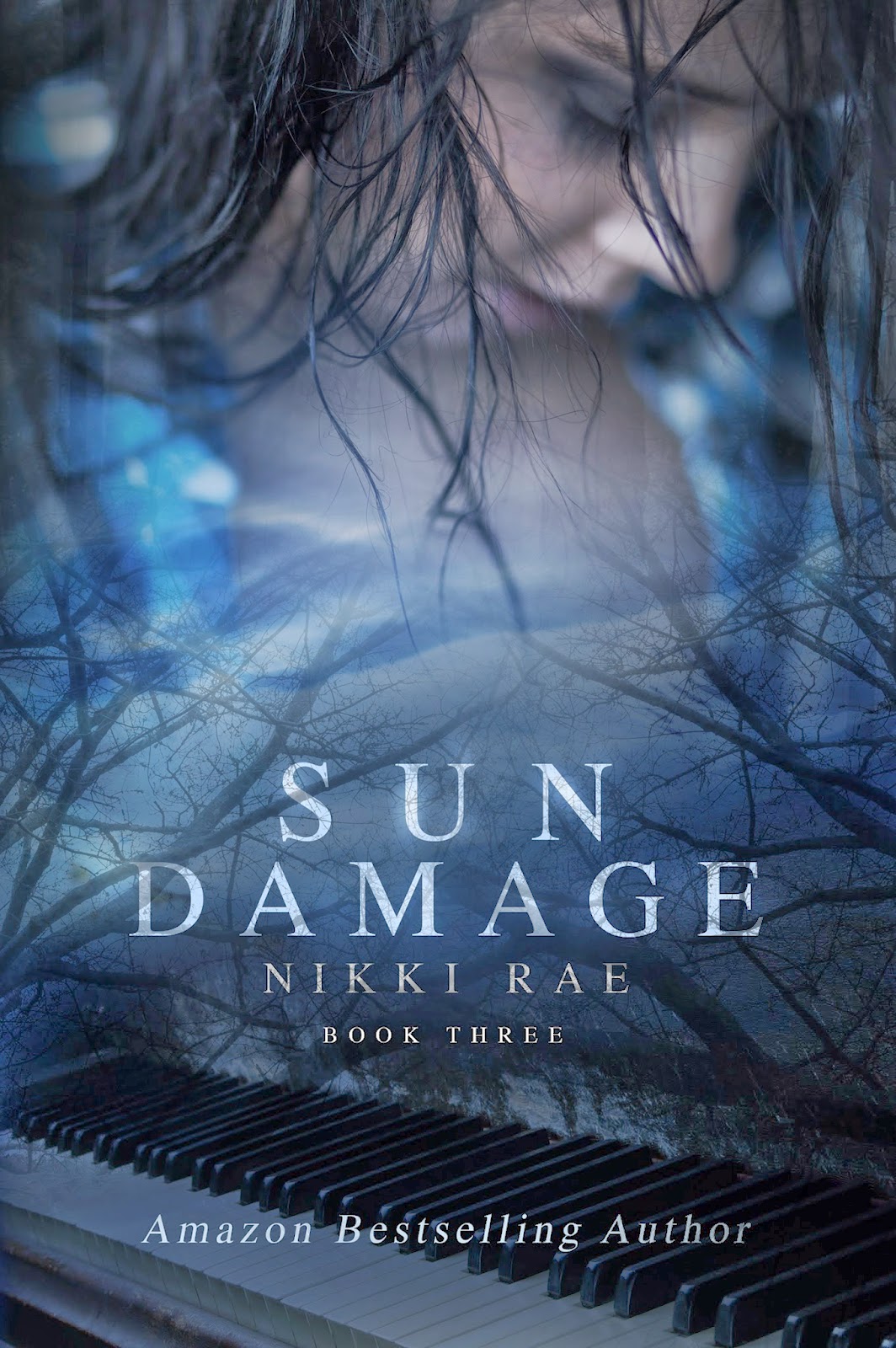 Synopsis
Life wasn't what Sophie was expecting, so why should death be any different?
She’s come back from swimming between the two, and every problem she left is still there. And then some.
There’s the human world, where she has a brother on the verge of ruins, band mates all set to go on tour, and people she thought she wouldn't be seeing for a long time showing up.
Then there’s her new world, where she’s seeing and hearing things that should not be heard or seen. Where Myles knows more about her than she could have ever guessed. She still doesn't know exactly why Michael is tormenting her, but somehow, everything is connected.
The monsters are closing in on all sides and the question is, will Sophie be able to defeat them before it all ends?
Sun Damage Trailer
Purchase This Book
Amazon
Smashwords
Barnes & Noble
About Nikki Rae 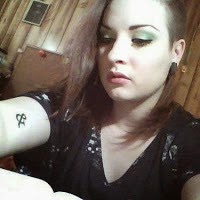 Nikki Rae is a student and writer who lives in New Jersey. She is an independent author and has appeared numerously on Amazon Best Seller lists. She is the author of The Sunshine Series and concentrates on making her imaginary characters as real as possible. She writes mainly dark, scary, romantic tales, but she’ll try anything once. When she is not writing, reading, or thinking, you can find her spending time with animals, drawing in a quiet corner, or studying people. Closely.
Stalk Nikki!!
Blog
Twitter
Facebook
Goodreads
Other Books In The Series 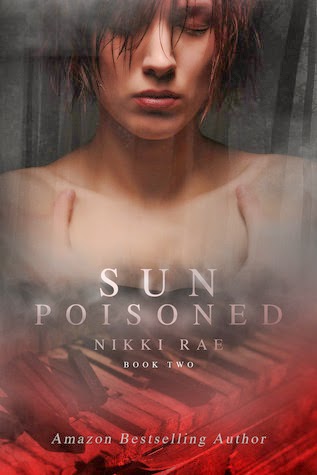 Sun Poisoned Book #2
Synopsis
Sophie’s life has changed. She’s moved to New York, she’s playing music for new people, and she’s making new friends. Then there’s Myles, and the fact that he is now her boyfriend—and everyone knows it.

She’s not exactly normal, living in a half-human, half-vampire world, but she’s finally, truly happy. However, some parts of Sophie and Myles’ old lives still hide in the dark, waiting for the right opportunity to strike.

Sophie’s having nightmares again, but they aren't about her; Myles is hiding something as well, something Sophie isn’t sure she wants to know.

And one lie will change everything.

No matter how hard she tries to cover up the marks her monsters have left behind, they never truly go away, and Myles’ monsters are no different.

Once again, Sophie’s caught between life and death, but this time, only she can save herself.


Purchase This Book Now For $.99
Amazon
Smahswords
Barnes & Noble
Here Is Where It All Started! 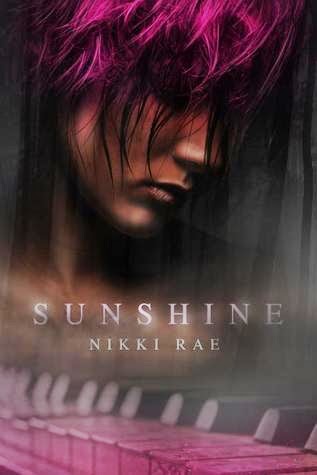 Sunshine Book #1
Synopsis
18 year old Sophie Jean is pretty good at acting normal. Sure, she’s not exactly happy, but happiness is nothing compared to being like everyone else. She can pretend she’s not allergic to the sun. She can hide what her ex-boyfriend did to her. She can cover up the scars she’s made for herself. Ignore anything. Forget anything. Then Myles enters her life, and he has more than a few secrets of his own. When accident after accident keeps happening to Sophie, she can’t help noticing that he’s everywhere. That he knows too much. That she’s remembering too much.

It’s one thing covering up her own dark past, but does she really need to worry about people finding out just how much Myles likes her? Or that despite how much she doesn’t want to repeat past mistakes, she kind of likes him back? Not to mention the fact that she now has to conceal that Myles drinks blood-that he says he’s about four hundred years old.

She almost forgot about that part.

But Sophie has no plans to ruin the normal life she has created for herself. She can deal with this little glitch, no problem. Even if word has gotten around to the wrong vampire about Sophie and Myles, even if she’s putting the few people she loves at risk. Suddenly, those who were monsters before are just people, and the monsters? They’re real. Now being a normal human being is the least of her problems. Now she has to stay alive.
Purchase This Book Now For $.99
Amazon
Smashwords
Barnes & Noble
Posted by Jackie Rose at 9:23 PM